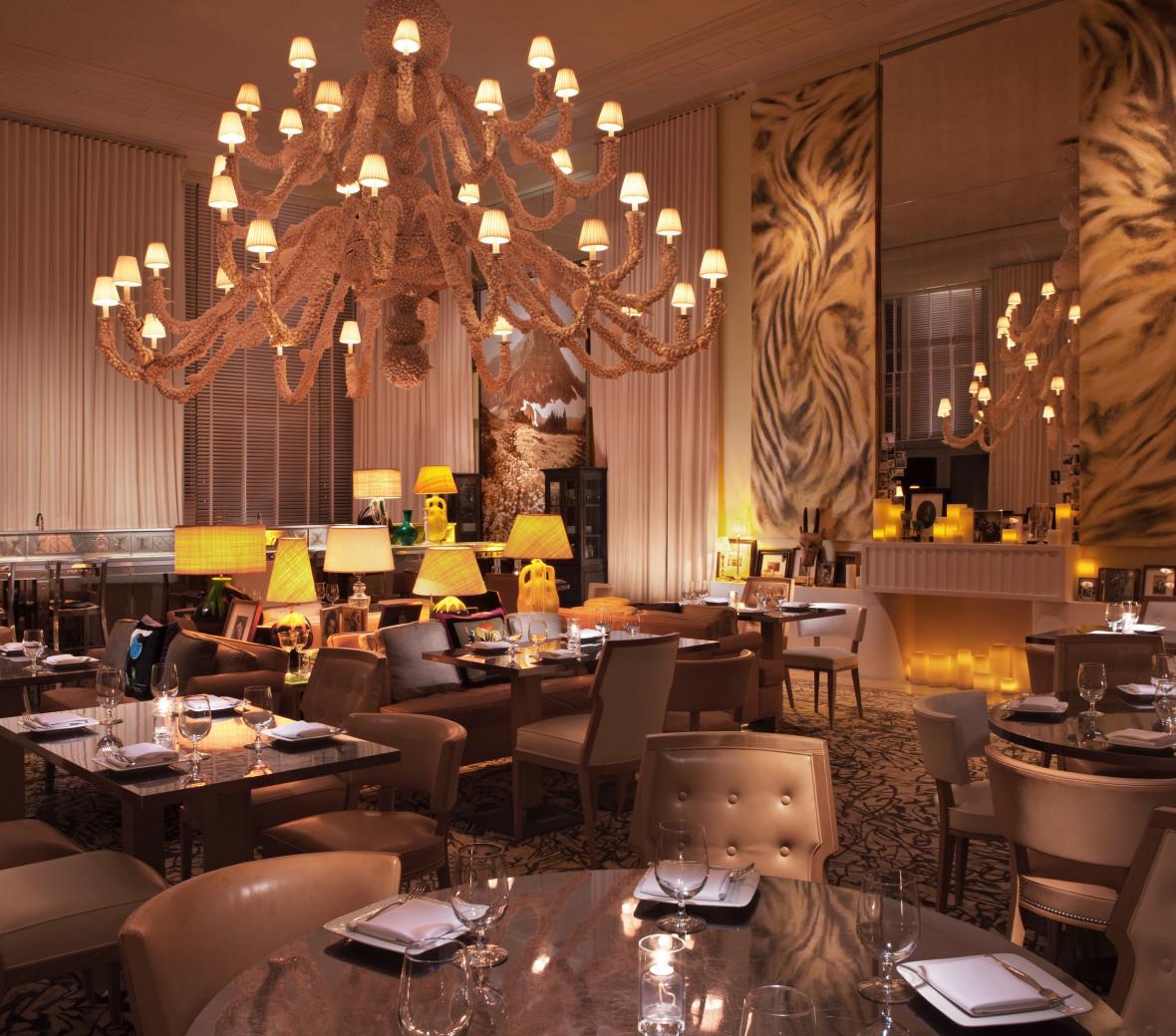 From the moment you realize we've replaced a traditional lobby with an open kitchen with live culinary theater to the first time you experience a menu created by Chef José Andrés or Master Sushi Chef Katsuya Uechi, it becomes apparent: we take food and drink very seriously.

Whether you’re diving into next-level sushi or sampling the best of local Latin flavor, our Miami Beach restaurants take your palate on a taste-tempting tour. 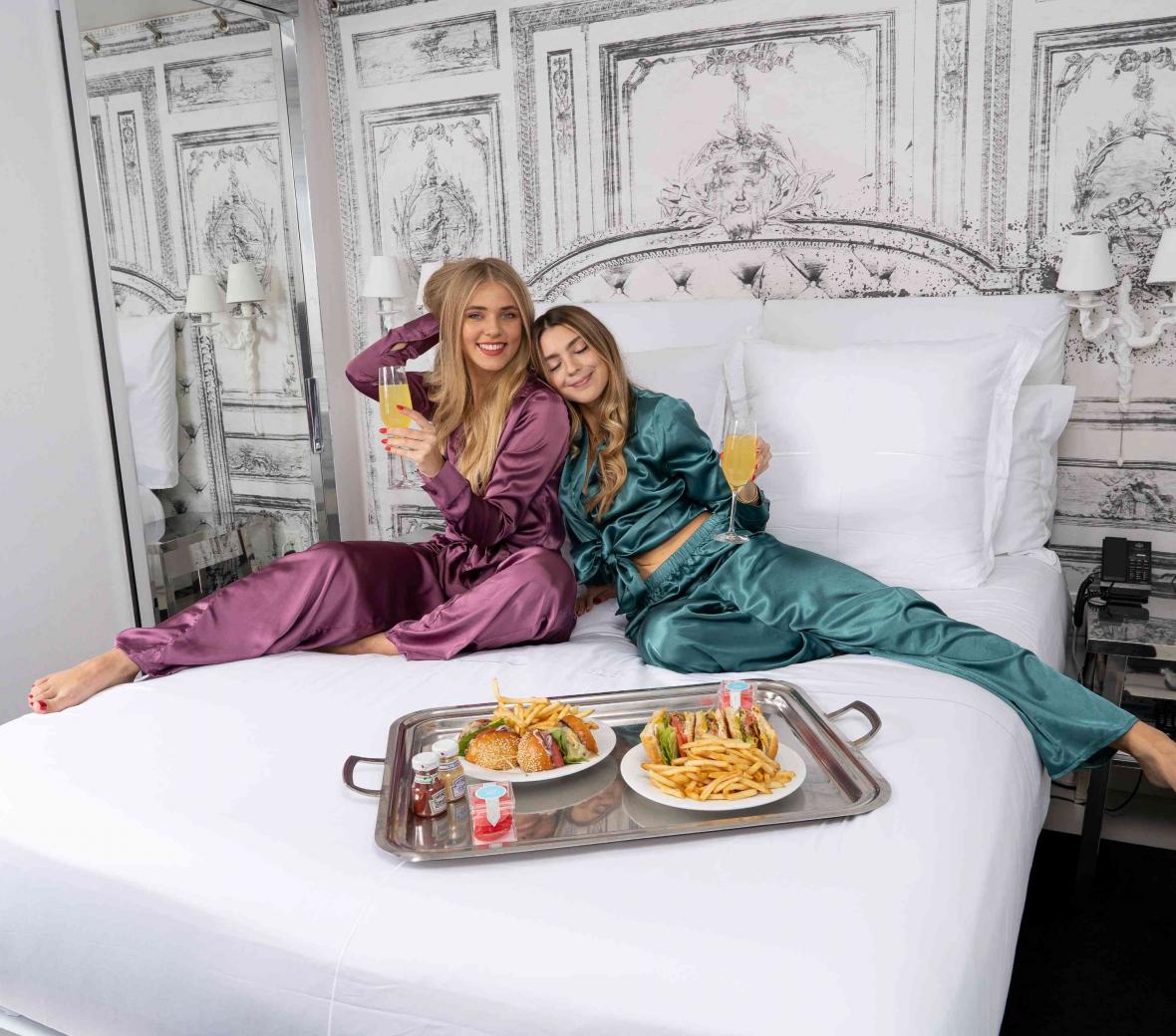 Have delicious breakfasts to start the day or entrées created with the freshest ingredients. Enjoy a dining experience in the comfort of your room nor suite. 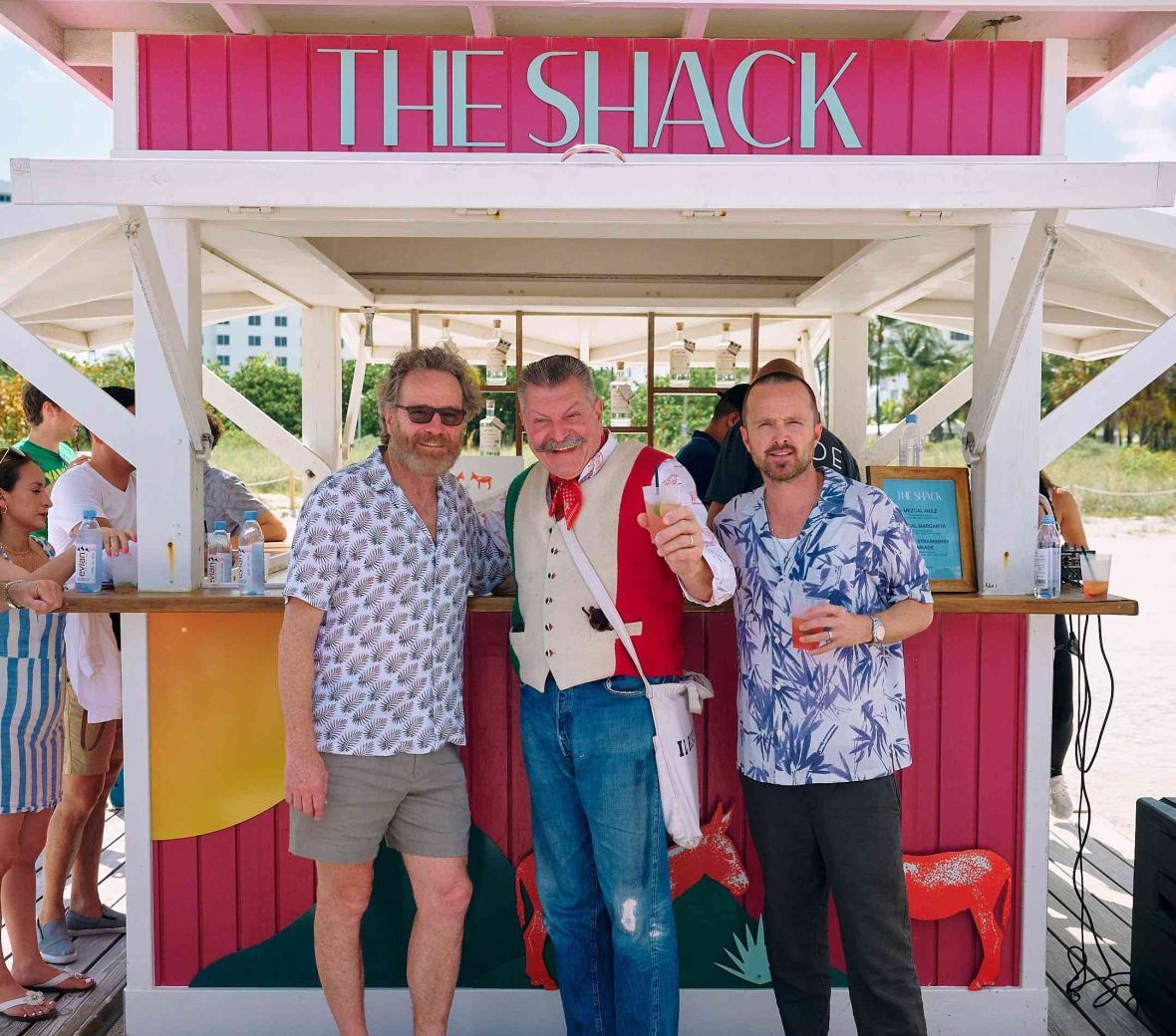 Join us at our new beachfront cabana and sip on a rotating selection of hand-crafted cocktails. The Shack is currently serving up cocktails made with Dos Hombres Mezcal – founded by Breaking Bad co-stars Aaron Paul and Bryan Cranston. 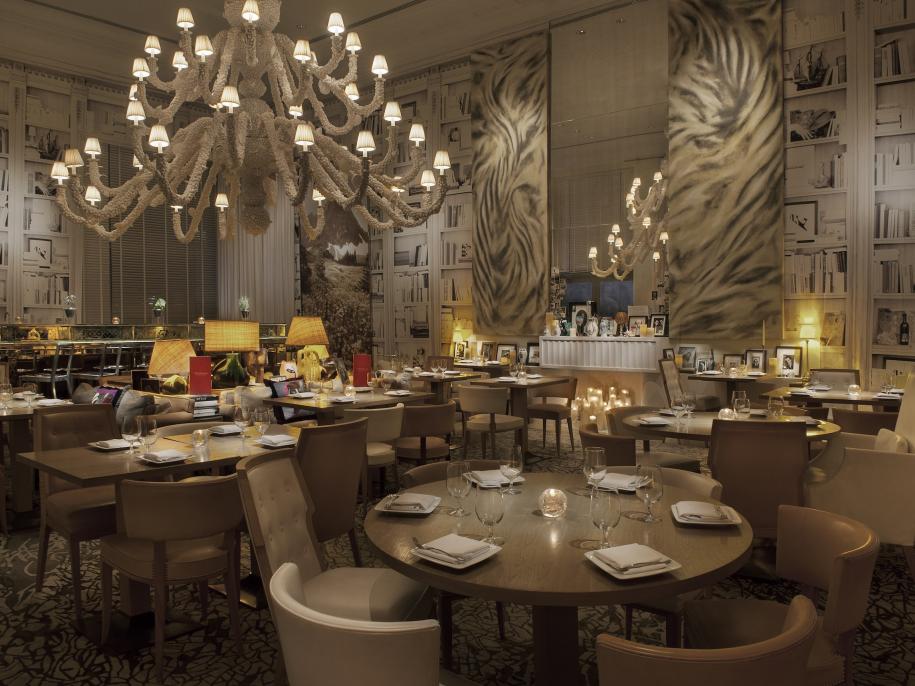 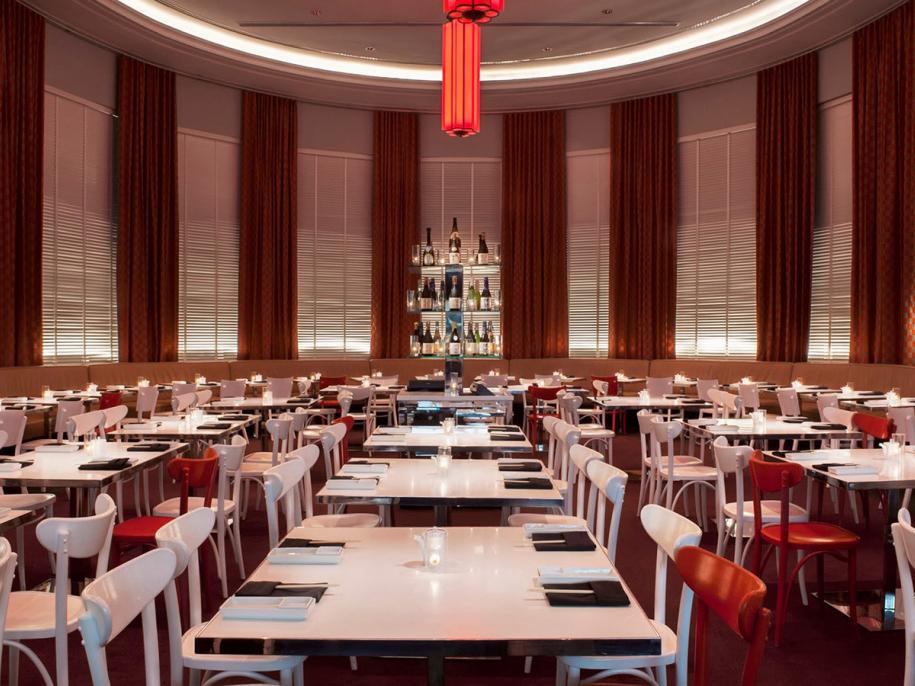 Already an icon in Los Angeles and Australia, Hyde’s first Miami location keeps its celebrated style and energy going all day and all night in the heart of South Beach at SLS South Beach. 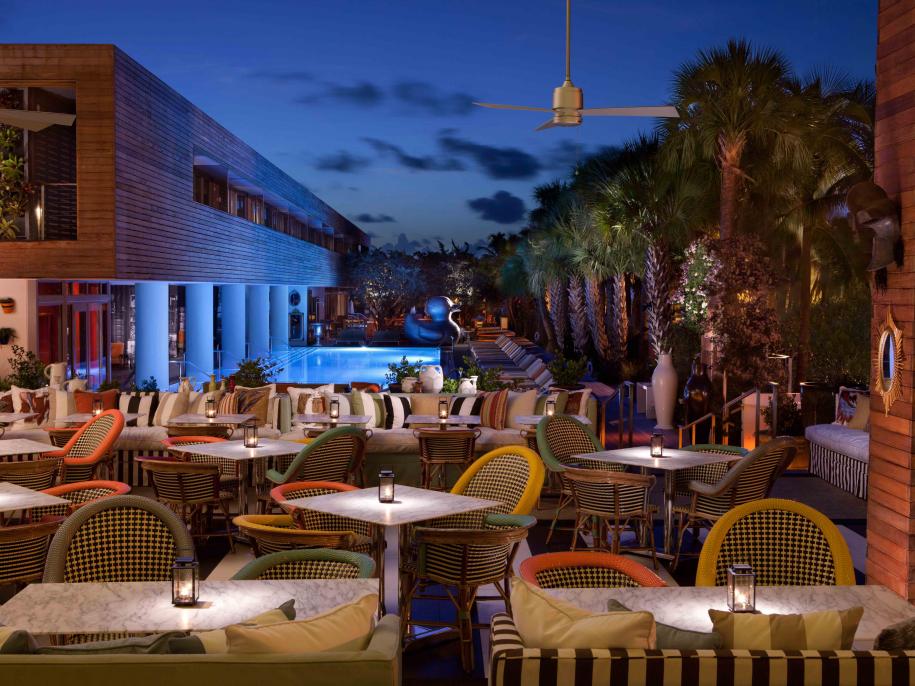 The culinary icon plays with a variety of fresh herbs, fruits and vegetables as well as modern tools of liquid nitrogen and organic emulsifiers to elevate the classics and reimagine the modern mainstays. 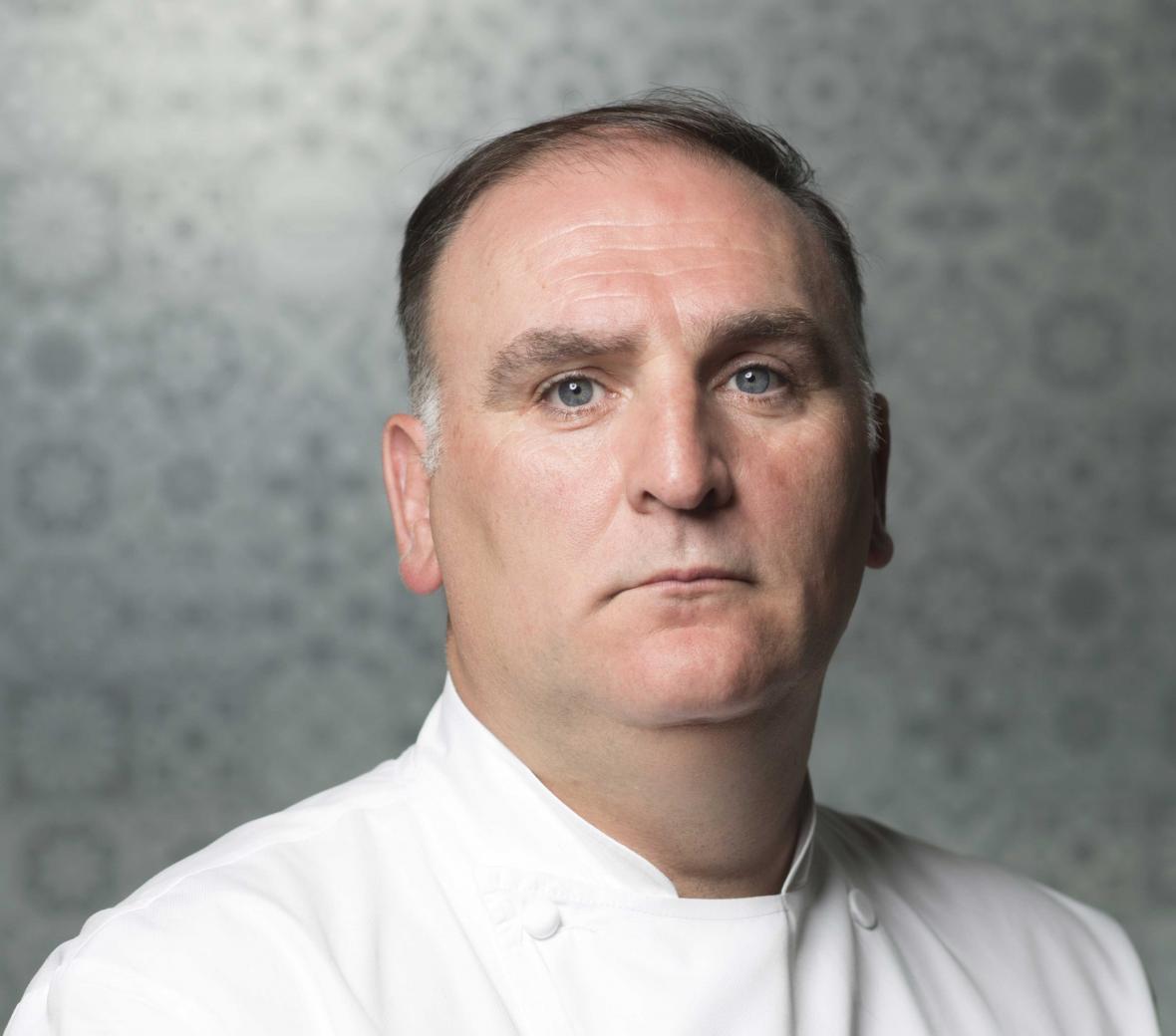 Twice named one of Time’s “100 Most Influential People” and awarded “Outstanding Chef” and “Humanitarian of the Year” by the James Beard Foundation, Chef José Andrés is an internationally recognized culinary innovator. 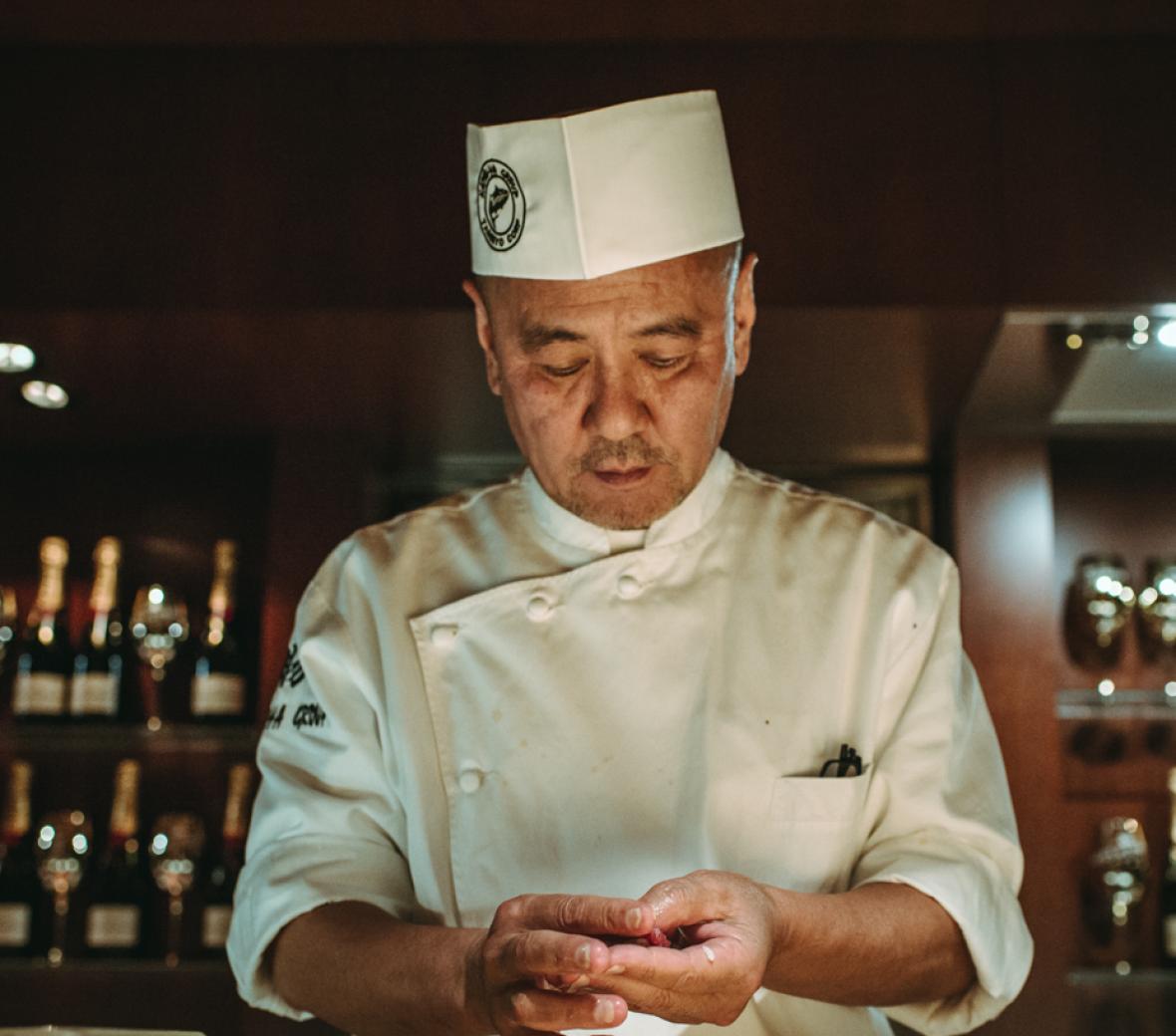 Known for his inventive style and expert execution of traditional Japanese sushi, Uechi is a trendsetter in the contemporary sushi world. Katsuya has become a touchstone for hip dining in Southern California, Miami and the Middle East.

Katsuya was named one of the Best New Restaurants of 2007 by Travel + Leisure Magazine and heralded as “one of the most exciting restaurants to open in Los Angeles in years” by Food & Wine Magazine the same year. With new locations in Miami, Las Vegas, Nassau and Dubai, Katsuya’s expert cuisine has become known internationally. Chef Uechi brings over three decades of culinary and restaurant-operation expertise to his role. In addition to Katsuya, Uechi currently operates Katsu-ya, Izaka-ya and Kiwami restaurant concepts.

Select between menus from the minds of Chefs José Andrés and Katsuya Uechi, mixed with all the spice of Miami. 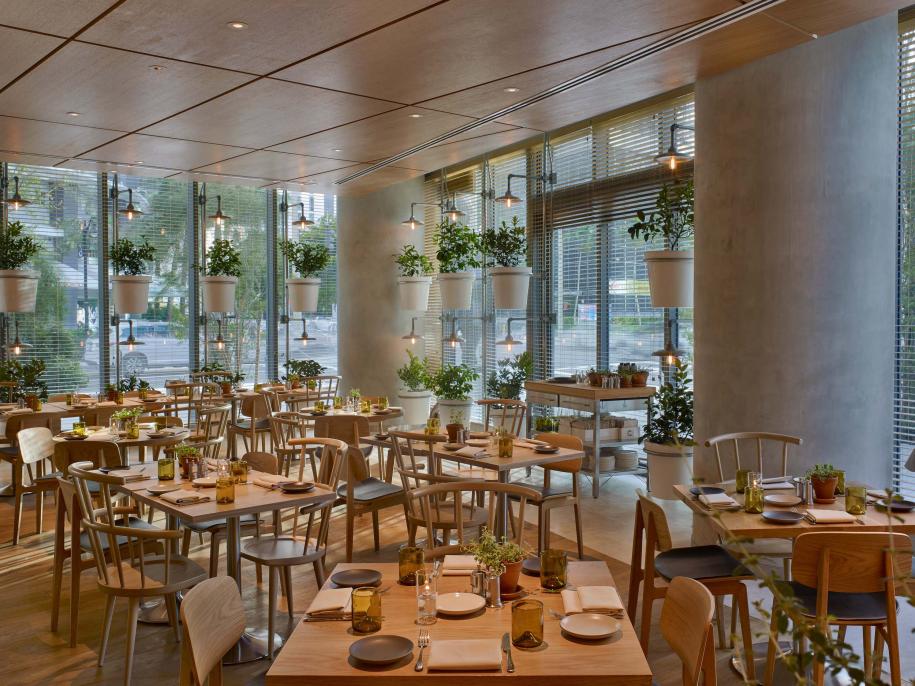 Fresh ingredients from the firewood oven and grill, handmade pizzas and pasta. The restaurant celebrates the essence of a fresh and pure approach to food and drink served in an unpretentious setting. 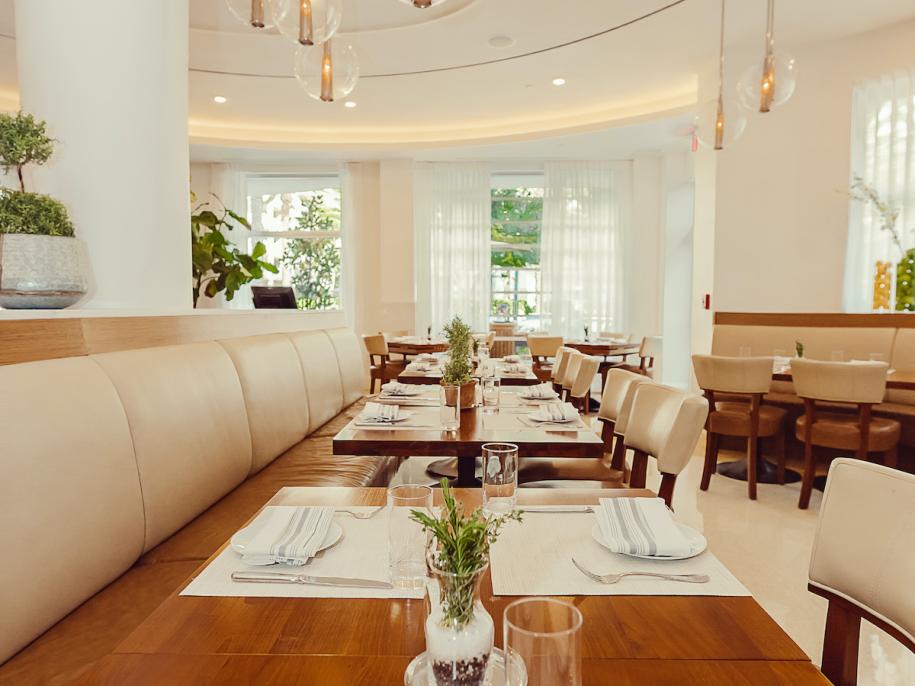 The Lounge at SLS Brickell

The Philippe Starck designed space offers the sensibility of one’s living room with the classic feel of an upscale lounge.
Refine: 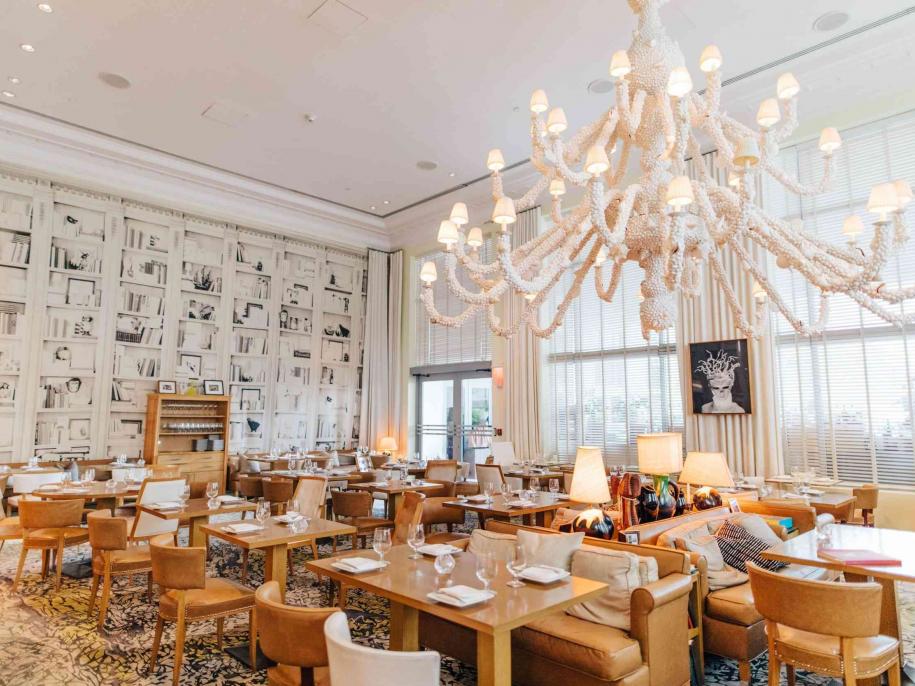 For a limited time, book your stay at SLS South Beach and receive 25% off. Experience a luxurious icon in the heart of Miami. 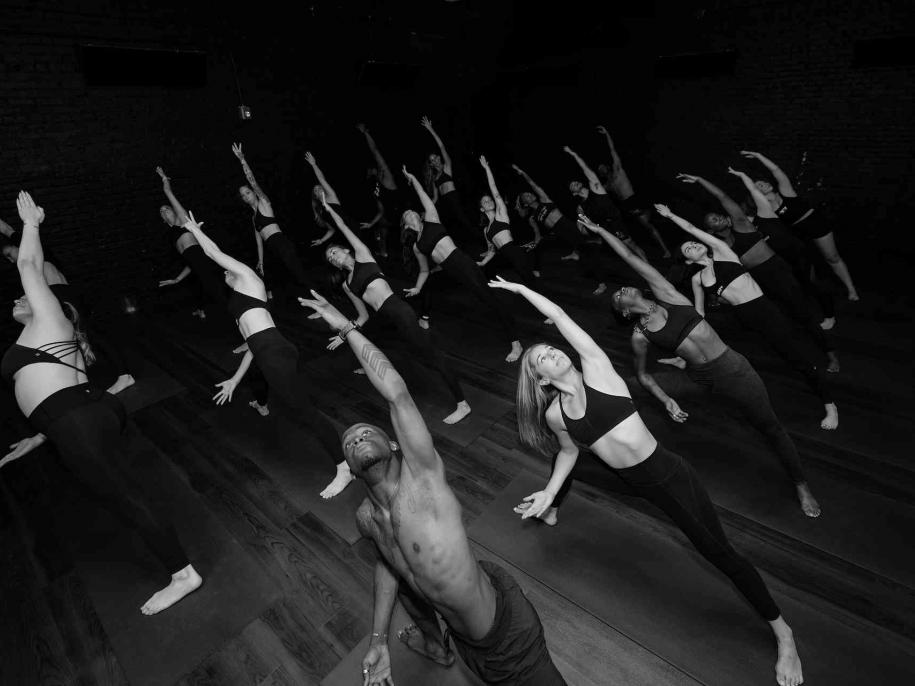 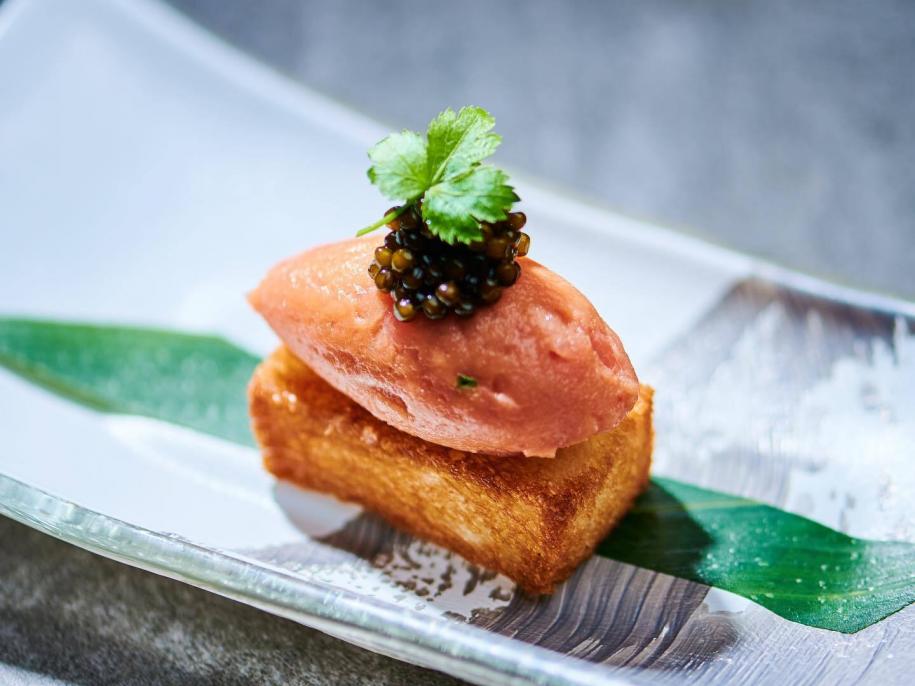 Enjoy extraordinary savings on extravagant experiences — save up to 30% off when you stay longer. Experience unrivaled luxury in the heart of Miami. 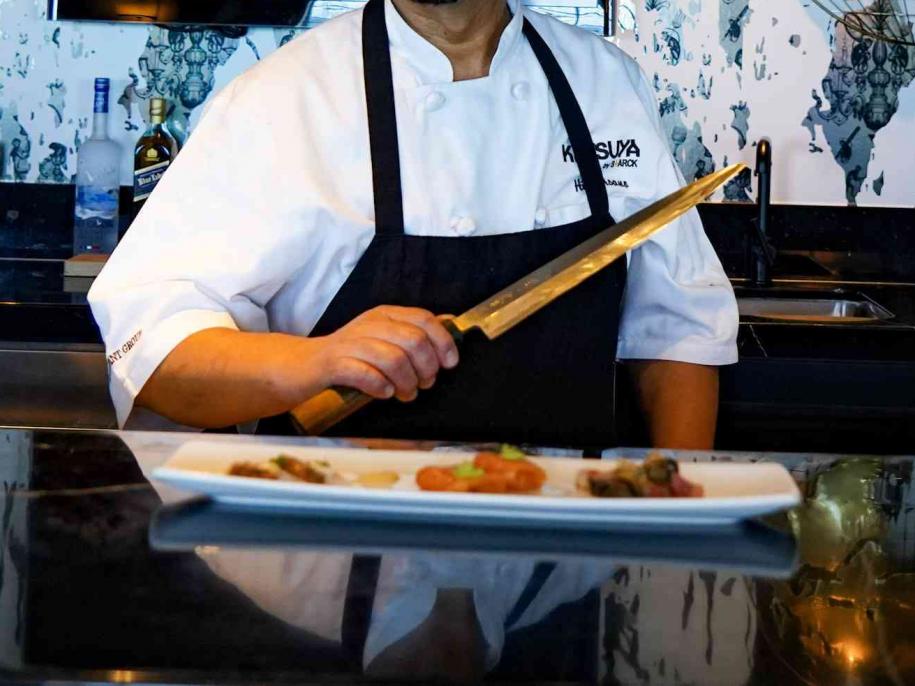 View All Offers
I stayed at SLS South Beach and I love it. The room was very comfortable and clean, the staff was friendly and the food was delicious. It is very trendy and if you are looking for a nice time, this is a great place to stay. I will definitely stay here again.

Thanks to hotel staff the stay was magnificent. Helpful, kind, accommodating and always friendly. The room was beautiful, quiet and very well appointed. Food and beverage were first rate. Only disappointment was not spending more time there! Highly recommended for a special stay....

SLS South Beach is by far the hottest and most luxurious hotel in Miami. From the chic hotel rooms, amazing handcrafted cocktails, mouth watering plates, and dance infused Hyde beach pool parties to the beautiful and friendly staff and guests, there is no better time!

Enter your details to manage your reservation